We're Getting Mutants in the MCU - The Loop

Dipluce Horizon is the seventh city region that can accessed from Candus City. The Lunar Fall and Hidden Hideout raids can found in this map.

Dipluce Horizon used to be a bustling economic City in Cloudream and was responsible for connecting most of the world's ports together. The Dipluce Institute was located here which was centered around SoulDreg research. Henryk was formerly in charge of this region. After Henryk agrees to cooperate with Shinjin Industries, members of the Vacuum Fanatics cult begin to appear around town and attempted to recruit members. The SoulDreg Queen project abruptly ended with Luna Nox's rampage and causes the city to plunge into chaos; forcing the majority of the citizens to evacuate.

The city was abandoned but the Orca Unit managed to obtain information that the SoulDreg Queen was located in this region. With this information, the Lords ordering Veneris to make Aaron the leader of the expedition. With the backing of the Lords and information regarding Henryk, Aaron accepts the expedition request to explore Dipluce Horizon. After Luna Nox leaves Loch Unseelie, SoulDreg activity in the region begins to wane. 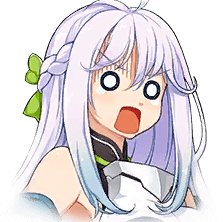